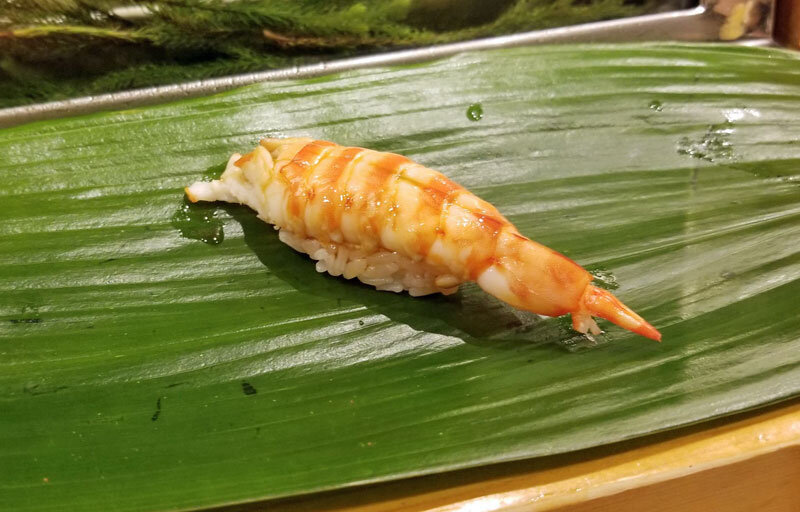 Sushi is a Japanese food consisting of cooked rice with vinegar (su-meshi) combined with other ingredients (neta).

Usually this is seafood — such as eel, tuna, shad, haddock, shrimp or octopus — but vegetables, eggs, and even foods like beef and horsemeat can top rice to make sushi.

Ingredients and sushi presentation vary widely, but the ingredient which all sushi have in common is rice (also referred to as shari).

Nigiri-zushi is prepared using two main ingredients, fresh fish and sushi rice (su-meshi). The su-meshi is formed into a small clump using the hands. The fish is then sliced and pressed onto the rice. Depending on the type of fish used, it may be served raw, fried or grilled. Since the fish is typically served raw and will be on display, the cooks must select only the highest quality fish. This is to ensure that the sushi is both safe and aesthetically pleasing.

Originally, sushi was supposed to be eaten with one’s hands. Today, it is still acceptable to use your hands while eating it; however, since you are supposed to dip it in soy sauce, chopsticks make this easier to achieve

Maki-zushi refers rolled sushi or “sushi rolls” — “maki” means “to roll.” This is the type of sushi favored outside of Japan in Japanese restaurants.

Japanese sushi rolls are stuffed with various fillings. Maki-zushi is also referred to “nori-maki,” because the su-meshi and fillings are all wrapped up in a sheet of dried seaweed, or “nori.” Maki-zushi can also refer to larger or fatter sushi rolls, such as futomaki, and thin sushi rolls which are referred to as “hosomaki.” 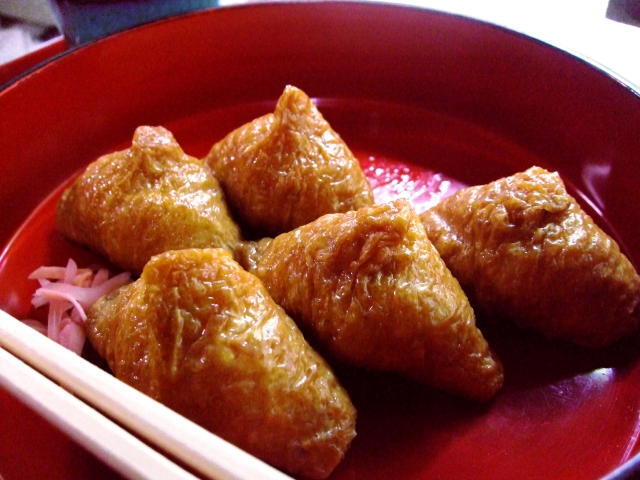 When you visit shrines, you will often see fox statues. The fox is the messenger of the goddess of agriculture, Uga-no-Mitama-no-Kami. Shrines dedicated to her all display the fox as her messenger. We call these shrines “O-inari-San.”

The biggest and oldest of these is Fushimi Inari Shrine in Kyoto. It was built in 711 and has been known for over a thousand years from its brightly colored rows of torii (shrine gates). Vermilion is the color most commonly found at the O-Inari-San shrines. It is one of the oldest colors in Japan — torii at all shrines is usually vermilion.

How does this relate to sushi?

The fox is said to be very fond of fried tofu, so a common type of sushi wrapped in fried tofu is called Inari. Fried tofu is often left at shrines as a food offering. The flavor of inari-zushi is essentially the flavor of the sushi rice, although this version includes sesame seeds and others also include vegetables such as carrots with rice.

Want to try the best sushi in Japan? Contact us today for a free consultation and let us plan your dream vaction.