What is known as “Okinawa” is actually a collection of tropical islands in southern Japan.

Okinawa-Honto is the largest island of Okinawa Prefecture and is the historical seat of the Ryukyu Dynasty’s power.

Okinawa was not always part of Japan, and it’s relatively far-flung location ensured that it evolved with a very distinct culture of its own. Okinawa is not only home to a unique culinary environment influenced by its tropical surroundings and a place of rich artistic and musical tradition, but also a transportation hub for the prefecture’s further flung islands.

Ishigaki is another prominent island in the prefecture, and serves as the transportation hub for the Yaeyama Islands, primarily accessed by boat from the Ishigaki Boat Terminal.

Okinawa’s most populated island is the “main island,” which is the one with the city of Naha on it. More than just the commercial center, Naha and the surrounding areas also are steeped in history from the days when Okinawa was a kingdom not yet part of Japan. War damage was extensive here, but you would never know it looking around now. We won’t spend too much time in this relatively bustling part of Okinawa, instead making our way to the more picturesque, quieter corners of the prefecture. By day 2, we are on Ishikawa, with its abundant tropical splendor and lovely, luxurious resorts to go along with it.

Your English speaking guide will be waiting for you at Okinawa’s Naha Airport. Once in Naha, you will be taken via private transport to your luxury hotel in Naha City.

This afternoon, you will visit three areas; Shuri, Naha City, and the Southern district of Okinawa-Honto.

The Shuri district represents the original capital of Okinawa. Shuri’s temples, shrines, tombs and castle were sadly all destroyed in WWII, but the castle and surrounding structures were rebuilt in 1992.

Next, you will stop at Daiichi Makishi Kosetsu Ichiba, Naha’s well-known food market. Your eyes will dance as you take in the spectacle, with great varieties of colorful fresh fish, Ise spiny lobsters, and other treasures from the sea. Better yet, upstairs you can order seafood dishes to be prepared using the fresh fish and lobsters you selected downstairs!

After the market, you will head to the Southern district for a bit of wartime history. During the closing days of the war, specifically during the battle of Okinawa, the southern part of Okinawa-Honto acted as one of the last hold-outs of the Japanese military, and as a final evacuation point for wounded Japanese soldiers at the end of the war. You’ll also visit the former Japanese Navy Underground Headquarters, which is a fascinating look at an underground world created to evade enemy bombing.

Your fist day on Ishigaki island, you will take a stroll along a beach by the hotel and then explore around Ishigaki’s downtown until dark.

Today, you will explore all of Ishigaki-jima by guided taxi.

Among the highlights will be one of the Japan’s “top three views” – an unforgettable grand vista upon which you will gaze at Kabira Bay – extensive limestone cave formations, forested mountains with views across stunning expanses, the Tamatorizaki Observation Point, Ibaruma Bay, the emerald blue ocean with its coral reefs, and Yonehara Palm Tree Groves (palm forest), which is both a botanist’s and nature lover’s delight, featuring many types of palm trees and more.

Taketomi-jima Island
Ten minutes by high speed ferry from Ishigaki. Great cycling island.
Taketomi-jima Island
Unhurried, and about a million miles from Tokyo.
Kuroshima Island
More than 13 cows per person, but they don't come to the beautiful beaches.
Kuroshima Island
Also known are a great place for a relaxing bike ride.
Iriomote Tropical Island
90% of the island is covered with native forest.
Iriomote Tropical Island
The island has an embarrassing bounty of tropical beaches
Okinawan Banyan Tree
Locally known as the "gajumaru".
Previous
Next

Not that our last island, Ishigaki, was all too busy, but from here on out it’s unbridled island bliss. By taking a few short ferry rides, we are gifted with the varied sceneries of four different islands. Each has particular traits, and each is memorable in its own way.

Today, you will explore Taketomi Island, a small island about 9 km in circumference, and about ten minutes by high speed ferry from Ishigaki-jima.

You will see brightly colored flowers along a road that parallels white coral sands. The sight of slowly moving buffalo-drawn carriages accompanied by the sounds of the Okinawa sanshin (an instrument that’s a predecessor to the sanshin most of us know today) creates a melodic soundtrack which completes the scene perfectly.

Taketomi-jima is still pure, beautiful, and unadulterated Okinawa, a place which has to be seen to be believed.

Kuroshima Island is also a charming little island. It is known for beautiful coral reefs and beaches, which are habitual egg-laying grounds for various species of Sea Turtles.

Also famous is the island’s population…of cows. Comparing the human population of 220, over 3,000 beef cows are raised here.

You’ll explore around beautiful Kuroshima Island by bicycle with your guide and visit Nakamoto beach at the west coast and you can do some snorkeling. There is Nishinohama Beach to visit also.

Iriomote-jima is the second largest island (after Okinawa-Honto) in the prefecture, and over 90% of its surface is covered with tropical and subtropical virgin forest.

Deep in the vast jungles grow Iriomote’s wild cats and other rare and cherished wildlife, as well as uncountable rivers supporting large mangrove stands, grand vistas punctuated by vigorous waterfalls, and so much more. This degree of big nature is naturally conducive to eco tourism activities such as canoeing and trekking.

The breathtaking sights to behold here on Iriomote-jima just may challenge your preconceptions about what Japan is!

You’ll also make a quick jaunt to nearby Yubu-jima, a small island next to Iriomote-jima, which is only 15m above sea level and 2.15km around. Buffalo carriages are used for sightseeing, which is the perfect pace to take in the slow life here. You will return Iriomote-jima for tonight’s lodging.

Day 7: Enjoy paradise until your departure

On your last day in Okinawa, we will do whatever your heart desires until it is time for you to depart.

We say “sayonara” at Ishigaki Airport, or head to the next destination should you have another tour planned for after this.

Pricing | This seven day, six night tour starts at 400,000 yen per person, based on double occupancy. Hotel choice and seasonality may effect pricing.

Exclusions | Food and drink except as noted above. Alcohol, even for included meals. Activities not specified above. Optional activities may be available to suit your interests. Please inquire.

Travel with Kids | We offer exciting tours that can be enjoyed along with your children. We can also make arrangements for child care or other needs that may arise. 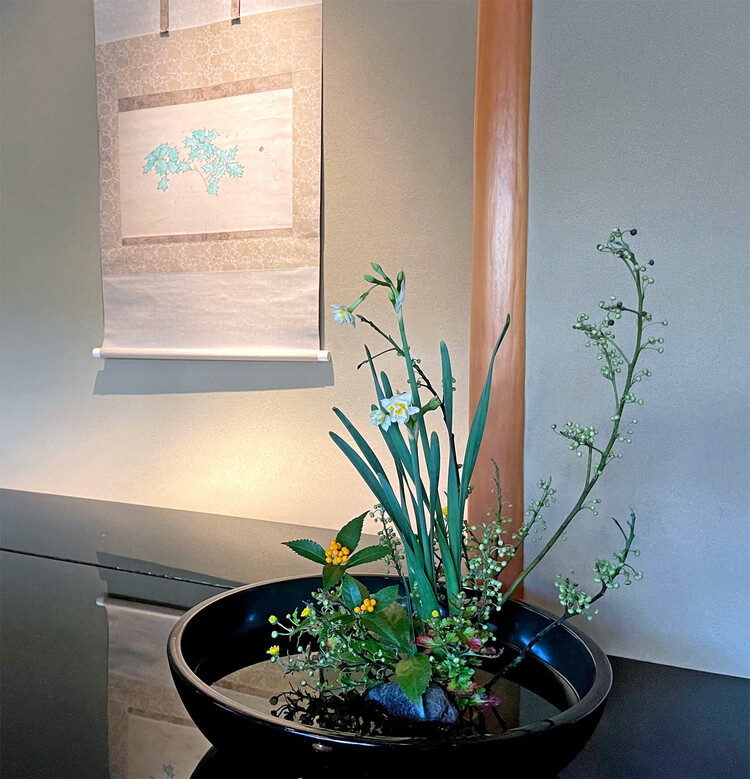 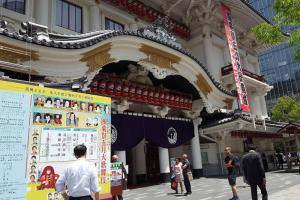 Classic and Modern Tokyo | 8 days Explore the buzz, modernity, and history of Japan’s most famous city in style. You’ll get to know all the famous districts, from Shinjuku and Shibuya to the deeply historic Asakusa.
From 500,000 JPY/person. 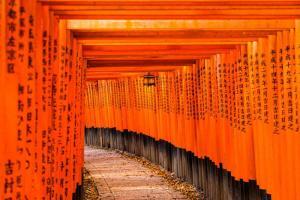 The World Heritage Special: Kyoto & Nara | 6 days Hurried Japan may pass Kyoto and Nara by, but their historical treasures stand firm – and mesmerizing. Many centuries of being the government and religious center have left their gilded mark.
From 500,000 JPY/person. 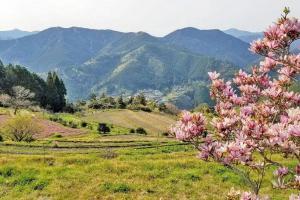 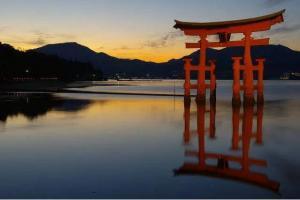 Grand Tour: Tokyo, Kyoto, Hiroshima and Millenia More | 13 days Perfect for first timers who want it all, this odyssey grandly showcases the best of Japan, from ultra modern Tokyo to ancient Nara – and most everything in between.
From 1,250,000 JPY/person.

Japan’s Great Spectacles Beyond Tokyo |  12 days Take a deep dive beyond Tokyo and discover spiritual, natural, architectural and urban superlatives galore. Great for those who focused mainly on Tokyo and Kyoto before.
From 1,075,000 JPY/person. 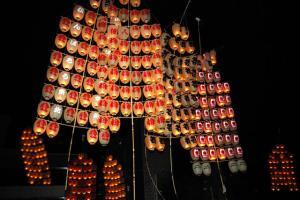 The Great Northeast Frontier | 5 days Delve into the Tohoku region’s awe-inspiring nature, distinctive cultures, rugged histories, and celebrated pasts. Foodies are also sure to appreciate the region’s bounty.
From 425,000 JPY/person.

Shikoku Island Grand Tour | 11 days One of the most gorgeous, overlooked parts of Japan, the island of Shikoku offers wonders beyond belief. From the mountains to the sea, the sights – and cuisine – are sure to delight!
From 1.000,000 JPY/person. 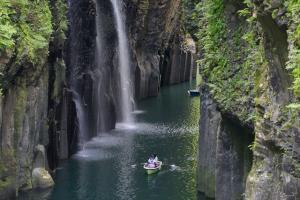 Family-friendly Travel on Kyushu Island | 11 days Japan’s southernmost main island has something for everyone, including famous onsen (hot spring) resorts, Fukuoka, spectacular scenery, and very famous ramen too!
From 750,000 JPY/person. 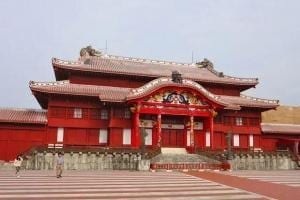 Okinawa, Japan’s Southernmost Resort Islands | 7 days Hundreds of kilometers south of the rest of Japan, Okinawa’s islands are tropical, exotic, and having once been their own kingdom, drastically different. Befitting the climate, the people are warm and laid back too.
From 400,000 JPY/person. 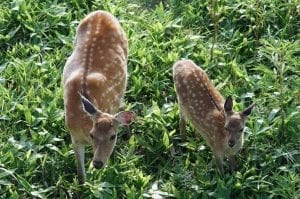 Cool summer delights in the northern reaches of Hokkaido | 6 days A thousand kilometers north of Tokyo lies a summer paradise like none other in Japan. Come experience a natural splendor and traditional northern culture like none other.
From 425,000 JPY/person. 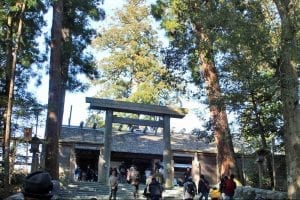 Ise Jingu and the allurs of Kii Peninsula | 4 days Steep yourself in Shinto culture at this holiest of shrines, then get to enjoying the fantastic scenery and foods this region has to offer. A very special part of Japan indeed, and easily combinable with visits to Kyoto.
From 233,000 JPY/person. 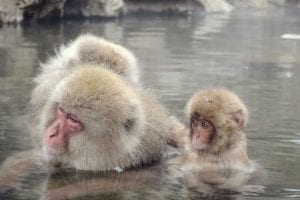 Powder Snow Paradise in Niigata and Nagano | 10 days Other countries may have gorillas in the midst, but Japan has monkeys in the hot springs! This mountainous region features unrivaled skiing, and equally impressive hot spring resorts for the evenings.
From 413,000 JPY/person.

Looking for a daytrip or overnighter out of Tokyo?
Or perhaps something to add on to another suggested itinerary?
Take a look at these exciting options. 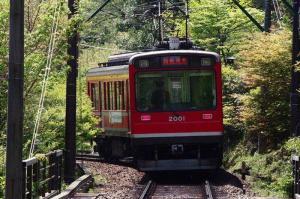 Hakone Deep Mountains Getaway | 2 days Another great option out of Tokyo, this overnighter affords great views and mountain splendor during the day, followed by unrivaled hot spring resort luxury at night. A brief escape for the most discerning.
From 200,000 JPY/person. 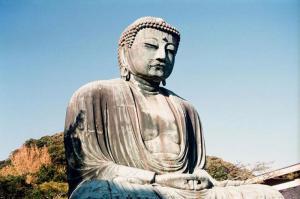 A Coastal Outing with Capital Sights | Daytrip from Tokyo Kamakura offers the splendid combination of sandy shore and important religious sites dating back centuries. Throw in the pretty Enoshima Island, and you’ve got a truly lovely day trip.
From 73,000 JPY/person. 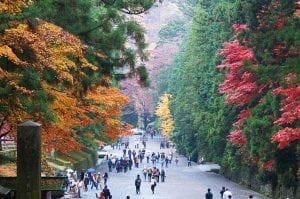 Nikko: A Very Different Holy Compound | Daytrip from Tokyo Marvel at Japan’s most lavishly decorated shrine and mausoleum complex, created for Tokugawa Ieyasu, one of the most famous shogun of all time. The beautiful mountain scenery is a bonus.
From 90,000 JPY/person. 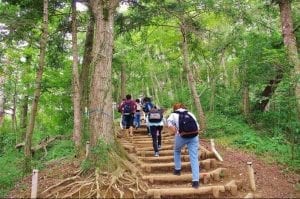 Mt. Takao Sacred “Power Spot” | Daytrip from Tokyo Arguably the most popular Big Nature getaway from Tokyo, and for good reasons. Mt. Takao offers hiking for all levels, clean mountain air, and a chance to interact with the local monkeys!
From 29,000 JPY/person. 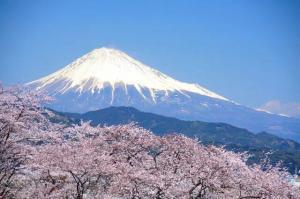 Mt. Fuji and Atami Hot Springs | 2 days Your perfect overnighter out of Tokyo. Be whisked away by private car, taken to behold the splendor of Mt. Fuji from afar and then up close. Afterwards, unwind at a luxurious hot springs resort.
From 128,000 JPY/person.